The 2023 NFL playoffs are well underway, with a dramatic Super Wild Card Weekend in the books and a promising divisional round slate on deck. Fourteen teams began the postseason with a shot at the Lombardi Trophy, and now, just like that, we’re down to eight, with the field set to narrow even further this weekend. Looking at those still alive, which contenders would offer the best actual championship game?

We’re so glad you asked. Here’s a look at 12 of the most intriguing potential Super Bowl matchups:

The NFL’s steadiest contender against a notoriously, improbably clutch title candidate in the Giants, who upset the Patriots for their last Lombardi Trophies in both 2007 and 2011. Having the New York market back on this stage would be good TV, but so would the possibility of Daniel Jones and Brian Daboll somehow going toe to toe with Andy Reid and Patrick Mahomes.

The Doug Pederson game. Five years after winning it all as the underdog in Philly, how wild would it be if the coach had a shot at a second trophy against his old team, and in his first year guiding Trevor Lawrence, no less? Funny enough, Jacksonville is also where Nick Foles — the Eagles’ 2017 Super Bowl MVP — landed after starring for the Birds.

What if, instead of playing his old team in the big game, Doug Pederson went up against his old chief rival? Lawrence and Co. slinging it against Dak Prescott’s squad would set up a true underdog vs. heavyweight clash.

In Jerry Jones’ perfect world, Joe Burrow would be the Cowboys QB, dripping swag as much as unfazed confidence and pocket-passing prowess. With Dallas, again, the draw isn’t just the talent it has on both sides of the ball, but the aura around its franchise, which has been starved of a real run since the 1990s. Cincy, meanwhile, is still looking for its first Lombardi.

The Brian Daboll Bowl. Famous for helping oversee Josh Allen’s rise in Buffalo, the Giants coach will have riddled off a magnificent first-year playoff run if he ends up guiding his team to Super Bowl Sunday. This would also be a rematch of Super Bowl XXV, when Lawrence Taylor and the G-Men claimed a 20-19 victory to close the 1990 season.

A beautiful clash of old-school franchises featuring new-school talent. Not only would this be a rematch of both Super Bowl XVI (1981) and XXIII (1988), when the Joe Montana-led 49ers beat Cincy both times, but it’d likely mean either Joe Burrow, in just his third NFL season, or Brock Purdy, San Francisco’s improbable rookie QB, would go out on top.

The big-timers vs. the big market. Dallas hasn’t been to the Super Bowl since 1995, whereas the Chiefs are looking for their second trophy in four years. The appeal is inherent, with “America’s Team” squaring off against the NFL’s standard-bearers.

We just saw this one in 2019, when Patrick Mahomes won his first ring at age 24. But a lot has also changed since then: Jimmy Garoppolo, the 49ers QB at the time, is now sidelined in favor of Brock Purdy, although there’s a remote chance Jimmy G himself could be recovered from injury to appear in this year’s big game. Can you imagine that?

On paper, this might be the most well-rounded matchup possible: You’ve got arguably the most explosive offense in the game against the stingiest defense in the game. DeMeco Ryans might have his hands full going up against Josh Allen and Co., or would it be the other way around? Either way, it’d be a virtual lock to go down to the wire.

Dallas would be looking to tie the all-time record for most Super Bowl titles, with six. Buffalo would be seeking its first. And the potential for explosive plays, between Josh Allen and Stefon Diggs, Dak Prescott and CeeDee Lamb, etc. is abundant. As a bonus, it’d be a rematch of both 1992’s Super Bowl XXVII, when Dallas routed Buffalo, 52-17; and the following year’s Super Bowl XXVIII, when the Cowboys claimed a 30-13 win to establish a dynasty.

In terms of sheer spectacle, there might not be a better scenario than this. (OK, maybe one; just wait for the next matchup.) When firing on all cylinders, the Chiefs and Eagles have been this year’s cleanest, most consistent offenses. Patrick Mahomes and Jalen Hurts would be a QB matchup to behold, Mahomes offering ultra-clutch freestyling and Hurts emerging as Philly’s unshakeable MVP. And then there’s the Andy Reid factor, with K.C.’s coach up against the team with which he built his career.

It’s very similar to Chiefs-Eagles in that it prioritizes balanced offensive firepower, but this gets the slight edge because we’ve already seen Patrick Mahomes hoist or come close to hoisting the trophy aplenty. Here, Buffalo would be vying for its first Lombardi against a team in the Eagles that just five years ago enjoyed confetti for the first time. The Bills also boast a better defense than the Chiefs, matching or eclipsing Philly in the ability to make plays on the ball. And Sean McDermott, like Andy Reid, would be looking to cap a magical year against his longtime employer.

Mental Overall health & COVID 19: Modifications you have to have to make in diet program, bodily action & way of living

Sun Jan 22 , 2023
Graphic Source : FREEPIK Mental Health (Representational Impression) Mental health and fitness challenges are a massive taboo among Indians. It is unlucky that men and women do not explore pressure in their brain between family customers, contrary to in the Western globe. The stigmas attached to psychological sicknesses ensure that […] 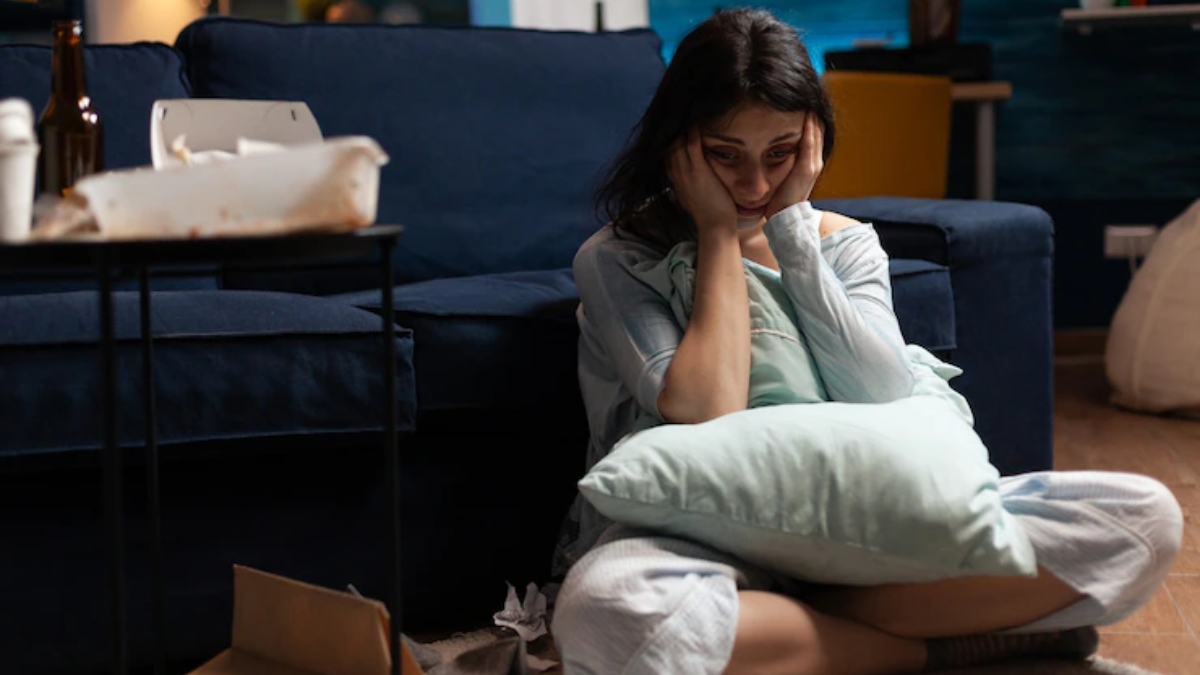