Exercise like an astronaut and you might avoid the unhealthy effects of sitting too much, according to recent studies about the benefits of space workouts.

The research, which involved astronauts on the International Space Station and bed-bound volunteers in Houston, suggest that the right mix of scientifically tested exercises can stave off undesirable physical consequences from being weightless on the space station — or inactive for long hours on Earth.

“Exercise is quite potent in these conditions,” said Lori L. Ploutz-Snyder, the dean of the University of Michigan School of Kinesiology who was previously a lead exercise scientist at the NASA Johnson Space Center in Houston and is co-author of the new research.

But there is a catch. To faithfully re-create low-gravity workouts, we would need to run straight up a wall, like the cartoon Roadrunner, and weight train in bed. With a few tweaks, though, astronauts’ daily exercise routines can work on Earth and help us develop our own out-of-this-world fitness.

Unfortunately, our bodies are not well-suited to space. In microgravity, muscles and bones bear no weight and rapidly shrivel, and cardiovascular fitness plummets.

“Without regular exercise, we would lose significant muscle mass and bone density,” said Jessica Meir, a scientist and astronaut who has served as a flight engineer on the International Space Station.

Hoping to stem such declines, NASA added exercise equipment to the space station in the 1990s, and astronauts began dutifully working out slowly and laboriously for several hours a day, pacing themselves to avoid injury and fatigue. But their muscles and fitness still shrank.

So, in the early 2010s, Ploutz-Snyder and her scientific colleagues at NASA began to consider intensity. By then, exercise science showed that brief spurts of strenuous, all-out exercise built strength and endurance.

Could that kind of short, intense exercise be effective and safe in space, the scientists wondered? To find out, they asked 34 Earthlings to go to bed and stay there, nonstop, for 70 days.

Head-down tilt bed rest is science’s best simulation of space travel, and its most discomfiting. During head-down tilt bed rest studies, people lie, day and night, in beds that are tilted six degrees so that their heads point toward the floor and their feet slant up. Fluids rush to their heads, as they do during weightlessness, and muscles and endurance atrophy.

In early head-down tilt bed rest, once-healthy volunteers’ physiques rapidly turned, in effect, to goo — their muscles softening and shrinking, similar to what would be seen if they had spent months in space.

But Ploutz-Snyder and her colleagues hoped the right exercise program might keep bed-bound volunteers fit and, if so, could be used in space. So their engineers mounted treadmills sideways on the wall to replicate running without gravity, brought in bikes and weight machines that could be used in bed and had some of their volunteers work out almost every day, on their backs, for anywhere from a few minutes to an hour.

Others remained totally sedentary as a control. (All the volunteers, between 24 and 55 years old, had passed medical and psychological screenings before the study began and were paid for their participation. None dropped out.)

The exercisers’ six-times-a-week routine centered on what the researchers dubbed “undulating periodization,” meaning that on some days they did high-intensity intervals of varying length and on others they lifted weights and did some aerobic training.

In more-granular detail, the volunteers sprinted on the sideways treadmill three times a week through high-intensity intervals (while lying sideways, in midair, harnessed to the ceiling). Once a week, the intervals consisted of eight 30-second, all-out sprints; another day of six two-minute intervals; and on a third day, four four-minute intervals, all with brief rests between the sprints.

On alternate days, the volunteers rode stationary, prone bicycles in bed at a brisk pace for about 30 minutes.

Later that same day, they lifted in bed, grunting through squats, leg presses, heel raises and leg curls, using weights heavy enough that they could barely finish eight to 12 repetitions.

The program was calibrated to stress and strengthen multiple aspects of the cardiovascular system and the large lower-body muscles in as little time as possible, Ploutz-Snyder said.

The results indicate the prone workouts succeeded. The exercisers retained most of their muscle and almost all of their endurance, and experienced almost no injuries, apart from ear infections caused by sweat running into their ear canals as they exercised in bed.

But day by day, throughout the study’s 70 days, the inactive controls grew less fit and punier. The scientists enrolled them in a separate 11-day exercise and rehabilitation program after the study ended.

“The most compelling part of this story, to me, is that an average of an hour of exercise a day protected people against 23 hours a day of lying in bed,” Ploutz-Snyder said. “There’s no drug that can do that.”

Data in hand, she and her colleagues then persuaded NASA to try the program in space. At the time, the mid-2010s, astronauts were working out for as much as 2.5 hours a day, almost all of it at a moderate pace. Now, some of them started the new routine, running or cycling for a few minutes of short, sharp intervals three times a week and lifting hard but fast other days, while also jogging or riding space bikes for about 30 minutes. Their weekly exercise time dropped by more than half. (Since the study ended, International Space Station astronauts have continued to mix intense and moderate exercise, although in different combinations.)

Lessons for exercising on Earth

The astronauts in the study returned to Earth with much — although not all — of their endurance and strength intact.

There is a lesson in both their losses and gains for the rest of us, Ploutz-Snyder said. Long hours of sitting are not dissimilar, physiologically, to floating in space. Our muscles, hearts and lungs idle when we sit and, if that inactivity continues, lose function.

So, get up and move, Ploutz-Snyder said. Any activity will be better than none. But for an efficient, effective exercise routine, she said, try the scientifically tested space workout, just not from bed. Use a bike or treadmill (located on the floor, not the wall) or walk at high speed up a hill. If it seems daunting, thread in the interval sessions over a few weeks.

The full program can slot easily into most of our schedules, she said, and has an insinuating appeal.

“It’s efficient,” she said, and effective, and as an added endorsement, “many of the astronauts continued with the program after their missions ended.”

Do you have a fitness question? Email [email protected] and we may answer your question in a future column.

Sign up for the Well+Being newsletter, your source of expert advice and simple tips to help you live well every day

Sun Dec 25 , 2022
Xander Bogaerts has been one of MLB’s top shortstops over the past decade. (Photo By Winslow Townson/Getty Images) Xander Bogaerts is headed to the San Diego Padres. The All-Star shortstop has agreed to an 11-year, $280 million deal, according to ESPN’s Jeff Passan, ending a tenure with the Boston Red […] 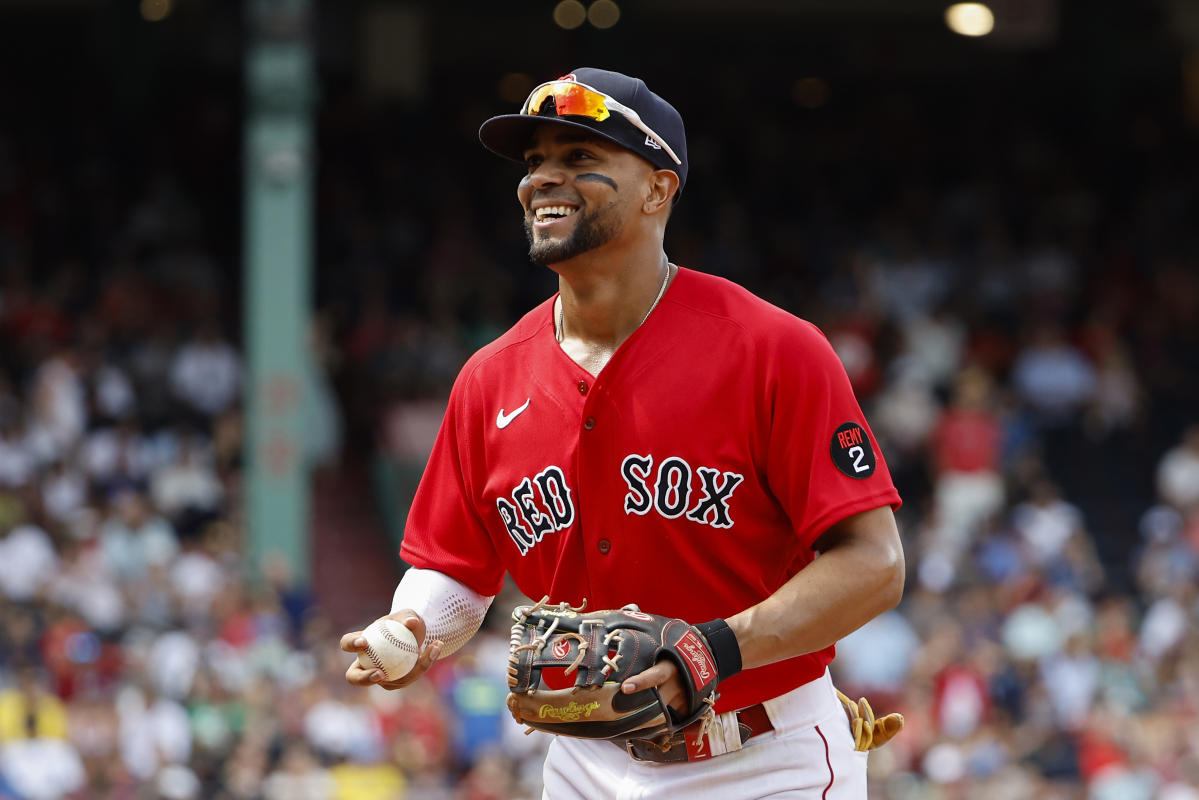