India’s online gaming and esports industry is set to explode in the next few years, and major players in this space are willing to spend heavily on ads – sometimes a hundred per cent of their marketing budgets – to attract more people to their platforms.

Esports is defined by online games of skill that are played in tournaments where different teams or individual players compete against each other to win the championship, league or title like physical sports.

Online gaming and esports got a huge boost when the pandemic hit and people around the world were forced to spend extended periods of time at home.

The report also says that the industry will generate more than ₹600 million of ancillary revenue between FY2021 and FY2025.

Also read: Future bright for girls who game — it is a far cry from the 1990s

Given the rosy outlook, brands such as Junglee Rummy, Ace2three, Nazara Technologies’ NODWIN Gaming and others are spending more than 80 per cent of their marketing budget on advertising.

“Leading players in esports and gaming are spending heavily on marketing and product R&D, while the smaller and mid-sized players are exploring higher RoI marketing solutions in their category,” Shrenik Gandhi, co-founder and CEO, White Rivers Media, told moneycontrol.com.

Brands like Dream11 are also investing heavily in content creation. While the platform already has cricketer stars like Rohit Sharma, MS Dhoni and Shikhar Dhawan peddling its offerings, it also recently roped in international social media sensation Khaby Lame, a Senegalese-born TikToker based in Italy, famous for his wordless comedy short videos.

According to forecasts, ad spends from the industry (esports and gaming) are expected to touch upwards of ₹1,000 crore in 2021.

In 2019, Ace2three spent close to ₹150 core on digital advertising, close to 100 per cent of its annual marketing budget, and ad spends have only gone up since then.

Most of it is directed towards digital. Esports and gaming companies use social media platforms, streaming platforms and in-stream ads, and partner with influencers to create exclusive campaigns.

“Seventy-five per cent of our ad spends go towards proven digital properties that include social media marketing, influencer marketing and outreach programmes, and the remaining 25 per cent is cordoned off for experimental and traditional media,” Akshay Paul, CMO and co-founder, Penta Esports, the esports arm of Newgen Gaming, told moneycontrol.

“Experimental media,” according to Paul, “includes the likes of OTT platforms, music apps or any other new age property where we have a young audience.”

In December 2020, the government asked all private TV channels to follow ASCI guidelines on online gaming and fantasy sports. As per the guideline, all such ads are required to carry a mandatory warning message saying, ‘This game involves an element of financial risk and may be addictive. Please play responsibly and at your own risk.’

The disclaimer, as per the guideline, must occupy at least 20 per cent of the advertisement space.

The guidelines also state that the ads must not depict users under 18 years as engaging in “online gaming for real money winnings” or suggest that such users can play these games.

Sat Oct 16 , 2021
The Seahawks had a busy Tuesday, bringing in veteran Blake Bortles for a tryout to add depth at quarterback with Russell Wilson sidelined, and are expected to soon to waive former starting cornerback Tre Flowers in a move he requested. Here’s a look at the each piece of news. Could […] 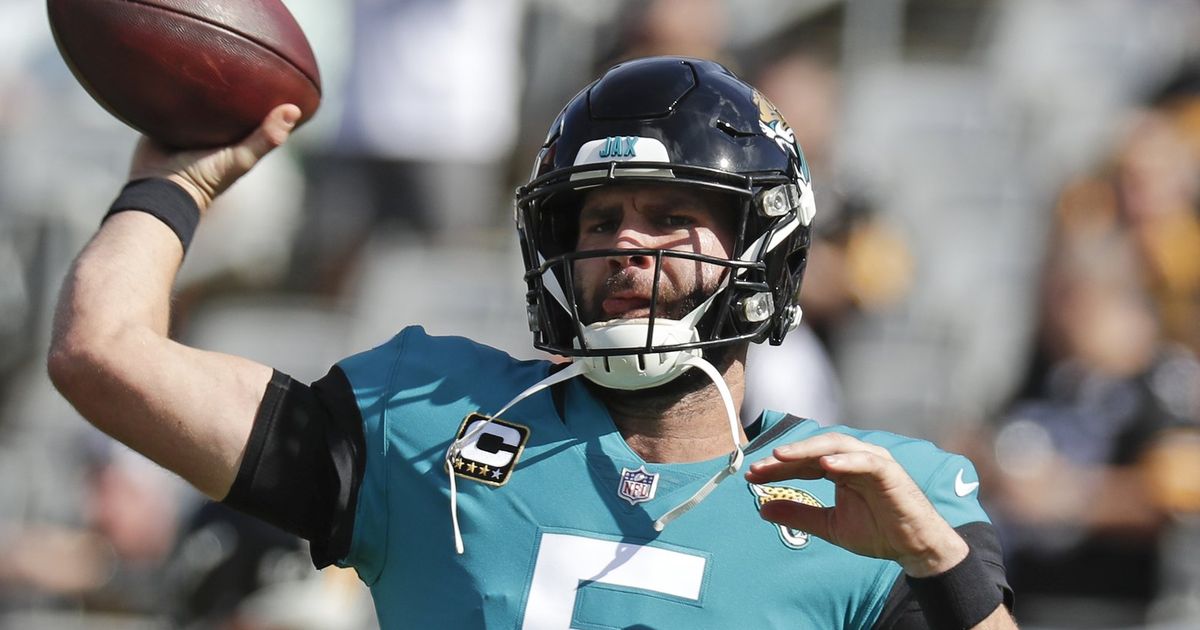