The highly popular Nintendo Switch now sports multiple models, a massive game library, accessories and a large fanbase. With the system in such high demand, it can be hard to hunt down a good deal. That’s why we have scoured multiple retailers to find the best deals and bundles available on not just the consoles, but everything you need to go with them as well.

It’s easier to find deals on games than consoles outside of the holiday season, but every now and then there will be a sale, and when there is, you’ll be the first to know. Right now, Amazon is currently offering a buy two, get one promotion on selected items, which include games for the Nintendo Switch. More information about the sale can be found below. We’ll keep this list updated as offers expire and new sales hit shelves so that you can get the best deal on Nintendo Switch bundles, consoles, accessories and more, so check back often.

Right now you can get three Nintendo Switch games for the price of two at Amazon. Just add three eligible games to your cart, then when you go to check out, your discount will be automatically applied. Featured games include Mario Kart Live: Home Circuit, Minecraft, Monster Hunter Rise, Super Mario Odyssey, Paper Mario: The Origami King, The Legend of Zelda: Skyward Sword, Just Dance 2021, Assassin’s Creed: The Ezio Collection, Dragon Ball Z: Kakarot and more. But don’t take too long deciding which to get — this offer is only available for a limited time.

In addition to the Nintendo Switch, this bundle also includes a memory card as part of the bundle. The SanDisk microSD card is officially licensed for the Nintendo Switch and Nintendo Switch Lite. It features 128GB of storage to save downloaded games, screenshots and video captures, and it has read speeds up to 100Mbps and write speeds of up to 90Mbps.

This bundle includes a Nintendo Switch console, a Neon Blue Edition carrying case and a 12-month Individual Membership for Nintendo Switch Online, a resource for players with features like online play, cloud saves and more.

While there are not currently discounts on Nintendo Switch consoles, these are the various models available. We will continue to update this section as retailers offer discounts and sales to keep you informed of the lowest prices available.

The Nintendo Switch features a 6.2-inch touchscreen and two Joy-Con controllers to give you gameplay flexibility. It also features three different play styles including TV, Tabletop and Handheld modes. Battery life typically ranges between 4.5 and 9 hours per charge, depending on software usage conditions.

The Nintendo Switch OLED model features a 7-inch OLED screen that offers vivid colors and sharp contrast. It also includes a wide adjustable stand, a dock with a wired LAN port for TV mode, 64GB of internal storage and enhanced audio from the system’s onboard speakers when playing in Handheld and Tabletop modes.

Optimized for personal, handheld play, this system is small and light with a unibody design including fully integrated controls and a built-in plus Control Pad. It is compatible with all physical and digital Nintendo Switch games that support Handheld mode.

This popular special-edition Nintendo Switch is finally back in stock for fans of Animal Crossing. Note that this is only the special edition console and that the game is not included.

This controller offers both wired and wireless modes so you can play anytime. It also includes a mappable Pro Pack with four programmable paddles, a soft-touch faceplate with swappable parts, rubberized grips for comfort during extended gameplay, a 900mAh rechargeable battery and other extra features.

Derek Stingley's work out has him back again in spotlight

Fri Apr 8 , 2022
In a draft class sorely lacking blue-chip talent, two of the extra by natural means gifted, better-conclusion prospective buyers continue being in a state of semi-limbo as NFL teams consider to get to the heart of who they are as persons. The 1st is Oregon EDGE Kayvon Thibodeaux. The second […] 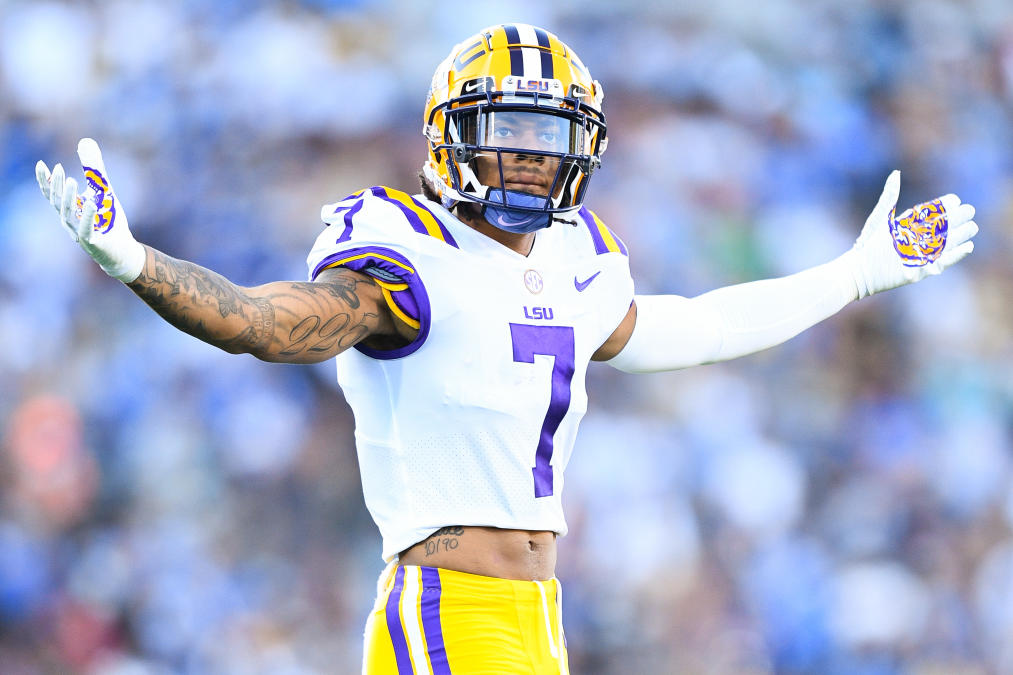