Tom Brady said the only equipment he uses is resistance bands

Very few human beings can get away with having a Hall-of-Fame career in the NFL without regular weightlifting. But if any human could do it, it would probably be Tom Brady.

As a quarterback, Brady depends less on pure strength and muscle mass than players at other positions in the league. This leaves the 44-year-old, seven-time Super Bowl champion with more freedom on how to address his workout routine, which focuses more on flexibility and injury prevention.

Brady detailed his routine in a post on TB12 — the health and wellness brand co-founded by Tom Brady and his longtime body coach, Alex Guerrero, which is centered around a holistic approach aimed towards serving those who want to stay active, regardless of age.

The post revealed that the only equipment Brady used was resistance bands, while the rest of his workouts only relied on his own body.

Jamie Foxx swears by a pull-up bar in his bedroom

Jamie Foxx is one of the few Hollywood actors who can stay in shape without spending a dime on his fitness routine.

The 53-year-old actor told Men’s Health he doesn’t have a personal trainer, and doesn’t use weights or any expensive equipment for his workouts.

The only equipment he owns is a

installed in his bedroom which he uses to get some pull-ups in everyday. The rest of his workouts consist of dips, push-ups, sit-ups, and back extensions.

Zendaya doesn’t just avoid the gym, but she said she hates it in an interview with SuperHeroJacked.com.

“I don’t go to the gym! If we’re going to be honest here, I hate the gym,” she said. “I do not do gyms, it’s just so boring. The way I get my exercise is I have to do fight choreo for my show or I dance. I have to do something that’s fun for me.”

Instead, the 25-year-old actress gets her workout in using just her bodyweight, as seen in a video she posted to her website Zendaya.com. Her workout involves a mix of cardio, bodyweight squats, arm and leg raises, push-ups, and lunges.

Jason Statham brings a strong presence to any role he plays, but the source of that strength has changed over the years.

Statham said he switched from weightlifting to a bodyweight-based workout routine in order to prioritize agility over pure strength, he explained in an interview with Men’s Health.

“Bodyweight training really allows you to find your weaknesses rather quickly,” Statham said. “You need all the components: flexibility, explosive power, the lot. You can build a good physique just lifting weights down the gym. But that doesn’t necessarily give you the athletic agility. And for what I do, agility is more usable than just sheer brute strength.”

Russell Westbrook hasn’t used any weightlifting to build his early-season MVP case for the Los Angeles Lakers this year.

The 32-year-old NBA point guard said his workout comes entirely from a mix of movement, stretching, and stability, rather than heavy resistance, in an interview with GQ.

One of his favorite workouts is the simple push-up, as he claims to do 25-50 push-ups every morning as soon as he wakes up.

Bruce Lee was a pioneer of calisthenics, which encompasses cardio and bodyweight exercises

Bruce Lee became an iconic actor and martial artist before his death in 1973 at the age of 32.

But in that time, he became one of the earliest figures in Hollywood to ditch weight training and adopt a completely bodyweight-based workout routine.

Charlie Hunnam is known for his lean and cut physique in action projects like “King Arthur: Legend of The Sword” and “Sons of Anarchy,” and he’s managed to achieve that look without any weightlifting.

The 41-year-old British actor said he hates the feeling of being overly muscular during an interview with Lift Your Fitness. He sticks to body-based workouts like dips, pull-ups, push-ups, jump squats, and boxing routines to stay modestly muscular and toned without looking like a body builder.

“You want to be able to fight, and that’s not a fighter’s body,” Hunnam said of body builders. “I decided I was going to use exclusive bodyweight exercises.”

Yasiel Puig put on 26lbs of muscle without using any weights, according to his coach

Former MLB All-Star Yasiel Puig is built like a body builder, but he didn’t build that strength with weightlifting later in his career.

When Puig was with the Dodgers from 2013-2018, he put on 26 pounds of muscle without using any weights, and simply relied on weight training, Dodgers strength and conditioning coach Brandon McDaniel told Men’s Journal.

“He’s got a body we can’t explain,” McDaniel said.

The only equipment Puig used is medicine balls and the rest of his workouts were all bodyweight exercises, according to McDaniels.

Eve is all about crunches and push-ups

Hip-hop artist Eve has been performing since 1996, and she’s managed to look the same over the course of her career.

The 42-year-old rapper has kept in shape with an emphasis on cardio and “strength training over weight training,” she said in an interview with Health Fitness Revolution.

“We don’t do a lot of weights, but we do a lot of push-ups, crunches, and squats — exercises that let me use my own body weight,” she said.

Wed Nov 24 , 2021
It was another big day for Cincinnati in its quest to become the first Group of Five team to play in the College Football Playoff. Oregon got drilled at Utah, 38-7, knocking the Ducks out of contention entirely and ensuring that the Pac-12 will not participate in the CFP for […] 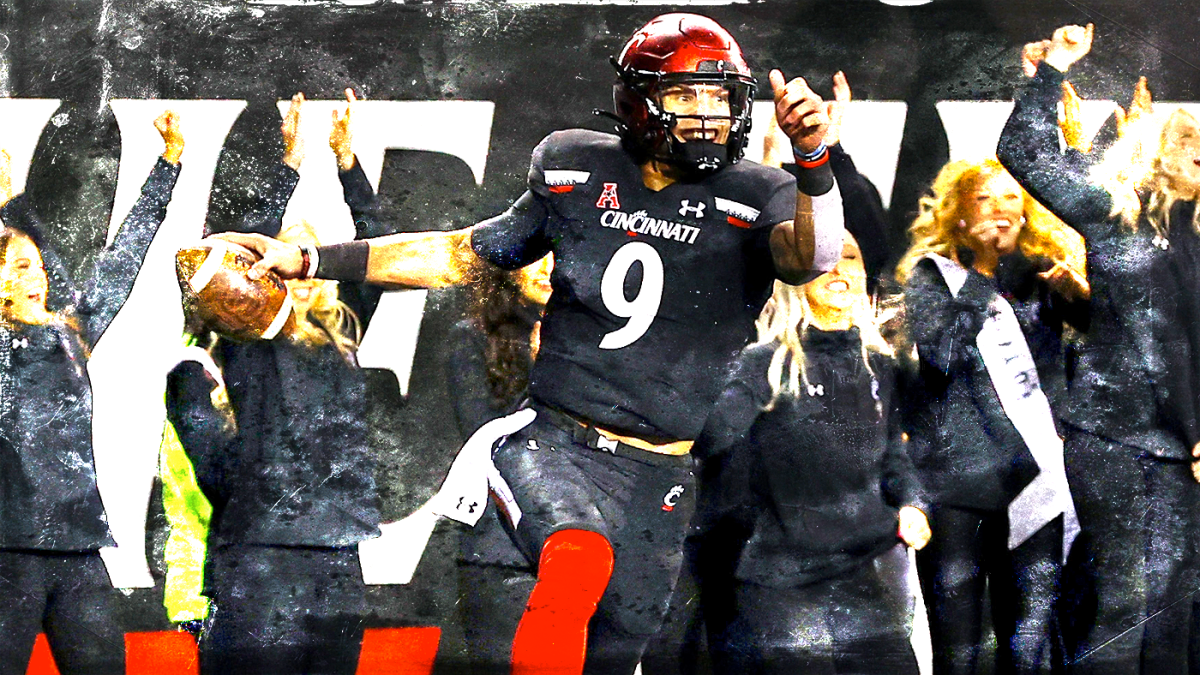