China’s sportswear market is set to become the world’s largest, propelled by government initiatives, changing trends, and growing health awareness. We discuss the sportswear market trends and unique challenges and opportunities for foreign stakeholders in China.

Sportswear retailers have turned their attention to China, and for good reasons. Government initiatives, changing fashion trends, and growing health awareness among the Chinese middle class are key factors contributing to transforming China into a perfect market for sports apparel. Although the US continues to be the largest market for sportswear worldwide with a market size of US$45 billion, its expansion rate is only 2.5 percent. On the other hand, the Chinese sportswear market is expanding at a way higher compound annual growth rate (CAGR) of above 9 percent.

In 2021, sportswear retail sales in China reached RMB371.8 billion (US$51.9 billion), or 13.4 percent of the country’s apparel market.  The market for sportswear in China is anticipated to develop at a CAGR of more than 9 percent by 2025. Over 2 percent of the Chinese sportswear market fell off between 2019 and 2020, but it recovered with considerable growth between 2020 and 2021.

In 2020, sports apparel held the greatest market share, followed by sports footwear and sports accessories. The majority of sportswear sales in China were made online: department shops, internet retailers, apparel, footwear, and accessory experts on live streaming were among the top distribution channels.

Sales in China’s sportswear market increased by 53 percent between 2017 and 2019, from US$31.5 billion to US$48.34 billion. After a slowdown in 2020, the market reached US$51.9 billion in 2021. Nike and Adidas, with their strong local brand Anta, continued to dominate the market. Since 2017, Sketchers has risen to the fourth spot, followed by local brand Li Ning, which occupied the fifth place in 2021.

Sports apparel, sports footwear, and sports accessories make up the three main segments of the Chinese sportswear market. The share of sportswear in the apparel market has been growing between 2015 and 2020 and is anticipated to keep expanding over the next few years.

According to the QuestMobile report, sportswear brands spend more than half (58.1 percent) of their social advertising budget on Douyin Ads, followed by WeChat Ads (9.6 percent), Kuaishou (7.6 percent), Weibo (4.9 percent), and Tencent Video (4.2 percent).

The demographics of China make it a great market for sporting products. Its population includes the largest middle class in the world and 415 million millennials. With a growing population of young workers with comparably high disposable incomes and a tendency to engage in more leisure activities, including sports, there is a sizable market for activewear. The number of gym memberships in the nation has doubled since 2008, and just two years later, there were over 100 marathons held instead of just 51.

The Chinese government has been actively promoting physical activity among its citizens. By 2025, Beijing wants to see the nation’s sports economy reach US$850 billion, making it the biggest in the world. With the goal of becoming a key player in the football sector, China has already increased the number of soccer fields in the nation from 50,000 to 70,000.

The government has created a five-year fitness plan that would invest in sports and fitness facilities as part of its efforts to combat the growing incidence of health issues like obesity and diabetes. The plan called for US$225 billion in federal spending by 2020 and is targeted at teenagers to promote healthy lifestyles throughout their lives.

Additionally, Nike and the Ministry of Education are working together to enhance youth physical education in the nation.

During the epidemic, consumers decided to exercise more, spent more time at home, and became more concerned about their health. In a research produced by CBNData on Chinese fitness and health trends, 76 percent of respondents indicated they had begun to pay more attention to exercise and were more ready to be active after the pandemic. The time they spent on fitness and exercise applications (apps) increased by 250 percent during the pandemic, which naturally also pushed further the demand for athletic apparel and gear.

Emerging businesses have been looking forward to carving out a position for themselves in the Chinese sportswear sector. The Canadian athletic apparel company Lululemon serves as a good example, as it was able to capture a specific consumer market with its functional products thanks to the rising popularity of sports like yoga and pilates. The brand’s footwear department experienced a 42 percent increase in net revenue in 2021, far above its competitors.

On the other hand, Allbirds and Patagonia, two brands renowned for using eco-friendly materials in their products, have gained popularity among more environmentally conscious customers.

Athleisure is a fast-developing trend in China, just like in many other regions around the world. Activewear is gradually being recognized as regular attire and considered suitable for occasions outside of strictly sports-related ones, including weddings and the workplace. Foreign companies like Nike and Adidas, which dominate and account for one-third of the Chinese sportswear market, are now seen as high-end fashion items. They also held an advantage for a long time over domestic competitors thanks to their brand recognition and perceived quality. Both brands were able to have a substantial impact on women’s fashion trends in China.

Sports apparel and footwear are among the top sellers

Data reports that t-shirts and sports pants are the most important categories for apparel in terms of revenue, accounting for 25,2 percent and 21,4 percent, respectively, of all sportswear sales. However, these fundamental subcategories already face stiff competition.

Sports bras and sports t-shirts are two other specialized categories that displayed excellent growth rates. These areas are worth considering for future investment, even though their sales revenue is still relatively minimal (less than 5 percent of total sales).

The growing interest in local brands is one intriguing trend we’ve noticed. Young Chinese consumers have grown up in an environment of rapid economic development and a strong attachment to their national identity. Where older generations would have chosen foreign brands over domestic ones due to quality consideration, this view has now shifted. Young customers pay more attention to other features.

Chinese products were formerly seen to be unattractive and of low quality. One rationale was that many Chinese firms tended to use a grassroots strategy, beginning in lower-tier cities, and quickly establishing their extensive distribution network there. They compromised quality to achieve a scale economy, which was made possible by the substantial population in lower-tier cities. However, as more Chinese firms worked to update their brand image to capitalize on the expanding middle class and the premiumization trend, they expanded their profile to become more upscale. Numerous domestic automakers and cosmetics companies that have raised their profiles to include upscale products serve as examples of this.

As a result, the perceptions of domestic brands are shifting because of Chinese brands’ collaborative efforts and growing cultural assurance. For example, in the makeup industry, Lancôme is among the top-selling luxury makeup brands in China. It was able to fuel its success thanks to targeted marketing campaigns, and collaborations with both foreign as well as Chinese celebrities. A similar trend and rising faith in domestic brands are becoming visible in China’s sportswear market.

Performance trainers are one of the most dynamic subcategories in China’s sportswear market, with current value growth of 23 percent. This is not surprising, considering that most sportswear firms are well-known for their footwear. Leading players in the market massively invest in the creation of new products while keeping an eye on technical advancement. Nike, for one, has pioneered the adaptable shoe lacing system with its HyperAdapt line of shoes, which electronically conforms to the curves of your foot to provide a tailored fit. The Chinese company Anta invented A-FlashFoam technology, perfected to offer the foot great cushioning and support during running.

How can foreign players breach in China’s sportswear market?

Younger consumers now have a rekindled feeling of national pride, which has led to more indigenous companies entering the market as less expensive alternatives to overseas ones. Further, the top influencers in live streaming more frequently promote domestic brands. To establish a more direct and intimate connection with Chinese consumers, global brands must localize more than before.

Nike is the perfect example of a localized branding strategy that works to target local consumers more effectively. In 2020 Nike debuted ‘The Great Chase’, its first Lunar New Year advertisement, at the beginning of the year. After just two weeks, the advertisement received 4.8 million views on social media.

Differentiated branding is likely to become more important, even though the functionality is still a key factor in sportswear purchasing decisions. That is to say when the majority of sportswear brands are able to meet the need for functionality, what the brand presents is relevant to their target customers and is likely to be a deciding factor in consumer decisions. Since most brands have been selling through e-commerce channels or promoting through social media platforms, this necessitates more individualized connections between brands and their targeted segments.

China Briefing is written and produced by Dezan Shira & Associates. The practice assists foreign investors into China and has done so since 1992 through offices in Beijing, Tianjin, Dalian, Qingdao, Shanghai, Hangzhou, Ningbo, Suzhou, Guangzhou, Dongguan, Zhongshan, Shenzhen, and Hong Kong. Please contact the firm for assistance in China at [email protected]

Thu Dec 8 , 2022
The 2022 college football season has carried a theme of tying together the familiar with the new, binding history with an eye on the future as we move through a period of transition in the sport. The end of 2021 saw a wild coaching carousel reset the clock at several […] 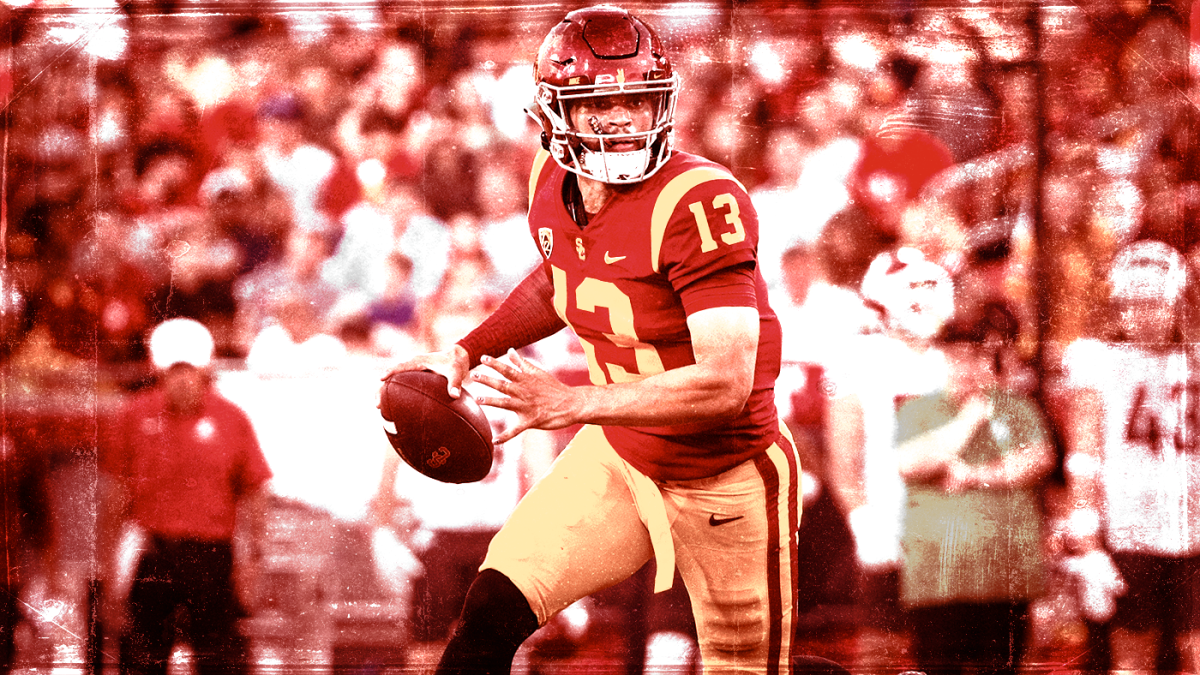