Wherever Dave Bautista is filming, his gym is always nearby: He requests a power rack, a bench, dumbbells, and an air bike on the set. With those, he can get all his training done—partly because he sticks to classic moves. “I’m super basic,” he says.

While he might have developed a rep as having one of Hollywood’s strongest physiques, an asset for playing all kinds of characters from Drax the Destroyer in the MCU to a thoughtful, doomed replicant in Blade Runner 2049, Bautista isn’t all about pushing big weights. “I’m not consumed about like, ‘Oh, I can bench, like, 500 pounds; I can deadlift 800 pounds.’ I’m not that guy at all,” he told Men’s Health in a wide-ranging—and at times surprising—cover story interview. “I’d rather watch someone else deadlift than do it myself. I’d rather be boxing or doing some type of interesting cardio like cycling. I’d rather be working with a trainer and keeping it fresh.”

Check out one of his go-to weight training sessions below.

Directions: Do this chest workout once a week, focusing on form during each motion. Bautista rarely attacks heavy weight. “I’m very locked in position with my shoulders,” he says. “I’m working my chest throughout.”

Stand in an athletic stance, weight in the balls of your feet, hands up. Punch back and forth for 1 minute, then rest 30 seconds; repeat for 3 rounds. “What good is being jacked,” he says, “if you’re lying flat on your back?”

Lie on a bench set to a 30-degree incline, dumbbells directly above your shoulders. Lower the weights to your shoulders; press back up. That’s 1 rep; do 4 sets of 10 to 12. To target your chest, think “biceps to my chest,” Bautista says.

Lie on a flat bench, dumbbells directly above your shoulders. Lower the weights to your shoulders; press back up. That’s 1 rep; do 3 sets of 10 to 12.“When I was younger, I wanted to train hard,” Bautista says. “Now I just want to train smart.”

Lie on a flat bench, dumbbells directly above your shoulders. Keeping a slight bend in your elbows, lower your arms in an arc; stop lowering when your upper arms are parallel to the floor. Return to the start. That’s 1 rep; do 3 sets of 10 to 12.

This story originally appears in the November 2021 issue of Men’s Health.

This content is created and maintained by a third party, and imported onto this page to help users provide their email addresses. You may be able to find more information about this and similar content at piano.io

Fri Oct 15 , 2021
Lewis Hamilton took a new element in his engine and dropped 10 places on the grid at the Turkish GP, Mercedes won’t rule out a fifth Power Unit depending on points battle against Max Verstappen; six races to go in 2021, starting with United States GP Last Updated: 14/10/21 6:12am […] 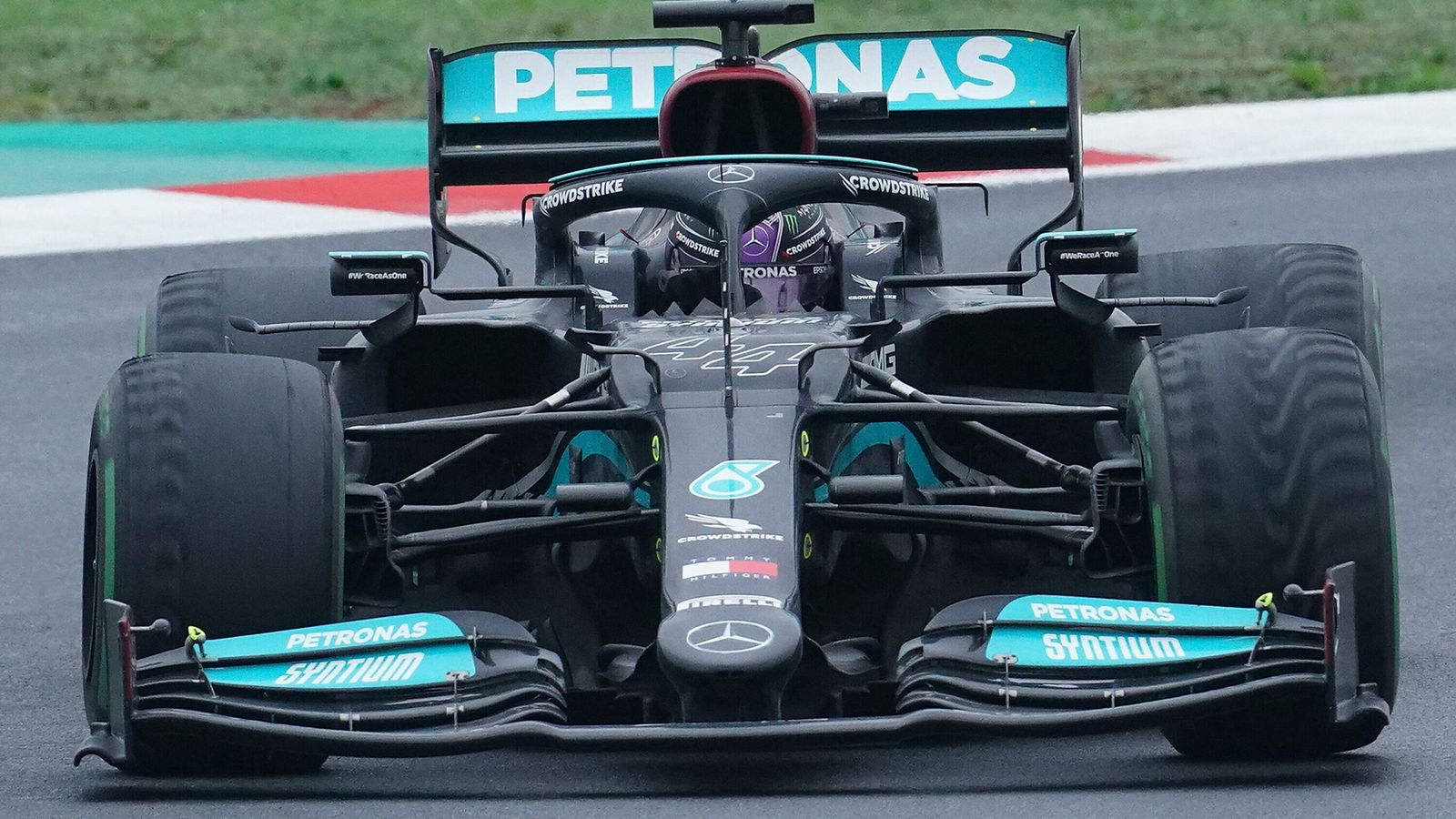