Putting his best foot forward, William Greenwood is your typical Englishman who fell in love with Jamaica. Although living in ‘paradise’, problematic areas in his life began hitting close to home, and one day, he decided that an all-around demolition and reconstruction were needed. The goal was to achieve this by tackling the issues from the inside out. What he discovered at the end of a dark path was a light so bright that it cast away any shadow of a doubt. The fact that it worked weight-loss wonders is just an added bonus.

The rationale behind making a drastic change was a matter of life and death. “I am a recovering addict,” he told Health and Fitness, adding, “I had issues with substances. But alcohol was the straw that broke the camel’s back. I would drink the bar dry. I was sick, I was knocking on death’s door and I did not want to die. Me never waah dead. I realised that there was more to life than drinking. I wanted to change my life and live a better quality of life.”

While he wasn’t a fan of health and fitness per se; growing up, he was a fit, slim, and naturally muscular lad. It helped that he was into sports like basketball, football, and cricket. “I never played sports to be fit; I just played because I enjoyed it.” It wasn’t until his early 20s that he started gaining weight.

The holistic journey he went on to take in his 30s played up on the spiritual element. The working-class gent began building a relationship with God at the age of 33 and he was both inspired and fuelled by this calling. As a man of extremes and intensity, he doesn’t do moderation. So it came as no surprise that when he decided to make changes in his life, he applied the same radical approach. This time, however, it paid off.

“I started out by changing my diet completely. I stopped drinking soda and anything with processed sugar and anything with chemicals in it. I even went on a full keto diet at one point for about four or five years. So I still enjoyed a high-fat, high-protein, and vegetable diet. But I had no carbohydrates at the time; I cut out rice, bread, and pasta. The only sugar I got was from fruit.” He has since introduced healthy carbs back into his diet, like ground provisions such as dasheen.

Important to note is that he does not engage in meal preparation, He just listens to his body and cooks fresh meals. “I just listen to my body. Most times, with overeating, you’re not hungry; you’re just bored. You have to give your body 20 minutes for your body to settle after a meal and let your body digest the food.”

Additionally, he finds that people label him to be a fussy eater when he is really a conscious eater, who is being more careful with what he puts into his body. This process, he says, can get difficult when it comes to the selection and cost of grocery shopping.

Unhappy with the way he looked and felt, he wanted to lose the weight as quickly as possible. And these dietary rules helped a great deal in achieving his goal.

For exercise, he enrolled in the gym, targeting different muscle groups in his upper and lower body. For cardio, he began rowing, cycling, and swimming. He even included the sauna and steam room when he had gone back to England for years.

Now that he is back in Jamaica, he is an active walker (his only method of exercise right now), striding at least five miles per day from as early as 5 a.m., which rounds off to approximately 10,000 steps. “I have a very strict routine. But I’m still not a fitness fanatic. I understand the importance of maintaining a steady workout regime,” he added.

His daily routine includes waking up at 4 a.m. every day and having a cup of black coffee, sometimes with a little honey. Then he would fry a black plantain in coconut oil, go to his veranda and give thanks, pray, enjoy the fresh air and get ready for the day. “On the weekend, I get my fruits and vegetables downtown. Everything has to come from the ground or the tree,” he said.

Starting at 300 pounds, Greenwood now weighs 185. While he doesn’t focus on a number, he was genuinely surprised by it. “This was the ideal number I had in my head about two years ago. If I can get down to 185, I’d be really happy. I am no fan of the scale though. If I look and feel better, then I am winning the battle.”

Since losing over 100 pounds, he is happier, more confident, and more spiritually, mentally, physically, and emotionally aligned. He advises others on their health and fitness journey to eat as naturally as they can and don’t obsess about the numbers. “Just pree the way you feel and look. Don’t be too hard on yourself and don’t listen to people. Take baby steps and do what is necessary for you and your health.”

Mon Nov 28 , 2022
It was a quarterback duel between Kansas City Chiefs’ Patrick Mahomes and Los Angeles Chargers’ Justin Herbert on Sunday night, but Mahomes got the last touchdown as he found Travis Kelce for the third time to win, 30-27.  A wild fourth quarter took place at SoFi Stadium between the two […] 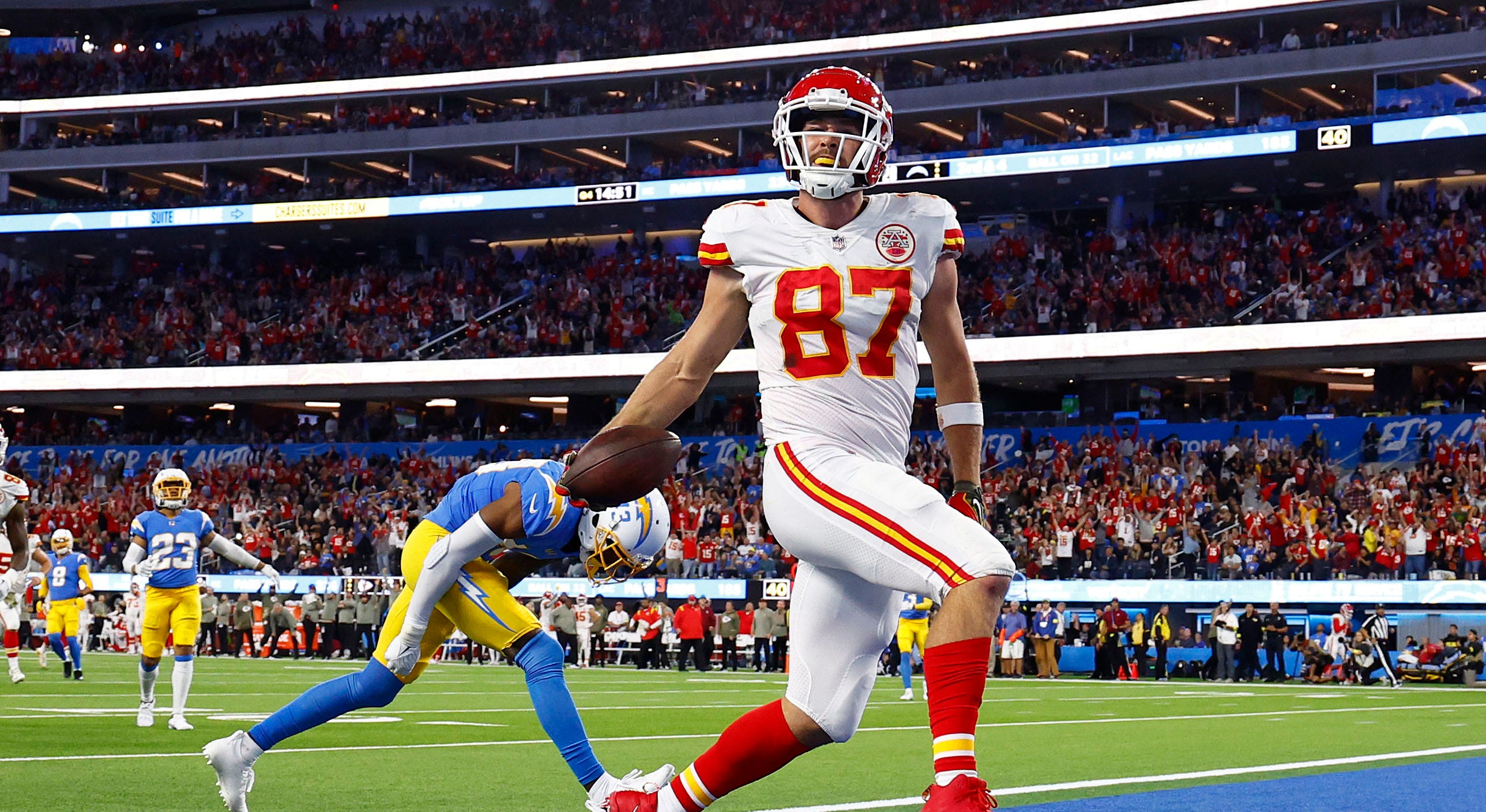