Jon Gruden stepped down Monday as the coach of the Las Vegas Raiders football team hours after The New York Times detailed emails in which he had made homophobic and misogynistic remarks, following an earlier report of racist statements about a union leader.

His resignation was a striking departure from the football league for a coach who had won a Super Bowl, been a marquee analyst on ESPN and returned to the N.F.L. in 2018 to lead the resurgent Raiders, which he had coached years before.

“I have resigned as Head Coach of the Las Vegas Raiders,” he said on Twitter in a statement issued by the team. “I love the Raiders and do not want to be a distraction. Thank you to all the players, coaches, staff, and fans of Raider Nation. I’m sorry, I never meant to hurt anyone.”

Mark Davis, the owner of the Raiders, said in a statement that he had accepted the resignation. Rich Bisaccia, the Raiders’ special teams coordinator, was elevated to interim head coach, the team said.

Gruden’s departure came after a New York Times report that N.F.L. officials, as part of a separate workplace misconduct investigation that did not directly involve him, found that Gruden had casually and frequently unleashed misogynistic and homophobic language over several years to denigrate people around the game and to mock some of the league’s momentous changes.

He denounced the emergence of women as referees, the drafting of a gay player and the tolerance of players protesting during the playing of the national anthem, according to emails reviewed by The Times.

Gruden’s messages were sent to Bruce Allen, the former president of the Washington Football Team, and others, while he was working for ESPN as a color analyst during “Monday Night Football.” In the emails, Gruden called the league’s commissioner, Roger Goodell, a “faggot” and a “clueless anti football pussy” and said that Goodell should not have pressured Jeff Fisher, then the coach of the Rams, to draft “queers,” a reference to Michael Sam, a gay player chosen by the team in 2014.

In numerous emails during a seven-year period ending in early 2018, Gruden criticized Goodell and the league for trying to reduce concussions and said that Eric Reid, a player who had demonstrated during the playing of the national anthem, should be fired. In several instances, Gruden used a homophobic slur to refer to Goodell and offensive language to describe some N.F.L. owners, coaches and journalists who cover the league.

Gruden, Allen, the N.F.L., and the Raiders did not respond to requests for comment.

Although not with a team at the time, Gruden was still influential in the league and highly coveted as a coach. He had won a Super Bowl with the Tampa Bay Buccaneers following the 2002 season. And in 2018, he was hired for his second stint as the head coach of the Raiders franchise, which includes defensive lineman Carl Nassib, the first active N.F.L. player to publicly declare that he is gay.

The league said last week that it shared emails with the Raiders in which Gruden made derogatory comments.

Gruden told ESPN on Sunday that the league was reviewing emails in which he criticized Goodell, and explained that he had been upset about team owners’ lockout of the players in 2011, when some of the emails were written. Gruden said in that interview that he had used an expletive to refer to Goodell and that he did so because he disapproved of Goodell’s emphasis on safety, which he believed was scaring parents into steering their sons away from football.

But Gruden’s behavior was not limited to 2011. Gruden exchanged emails with Allen and other men that included photos of women wearing only bikini bottoms, including one photo of two Washington team cheerleaders.

The league is already investigating Gruden as a result of another email he wrote to Allen in 2011 in which he used racist terms to describe Smith, who is Black.

In that email, Gruden, who is white and was working for ESPN at the time, criticized Smith’s intelligence and used a racist trope to describe his face. The correspondence was first reported by The Wall Street Journal and confirmed by The New York Times.

Their banter flies in the face of the league’s public denouncements of racism and sexism and its promises to be more inclusive amid criticism for not listening to the concerns of Black players, who make up about 70 percent of rosters. The N.F.L. has in the past struggled to discipline personnel who have committed acts of domestic violence and been condemned for failing to adequately address harassment of women, including N.F.L. cheerleaders.

The league, Smith and Davis all denounced Gruden’s comments about Smith when they surfaced, but the coach still led his team in its game on Sunday against the Chicago Bears. Gruden said Friday that he did not remember sending the email and that his language “went too far,” adding, “I never had a blade of racism in me.”

Gruden’s emails to Allen, who was fired by the Washington Football Team at the end of 2019, were reviewed as part of an N.F.L. investigation of workplace misconduct within the franchise that ended this summer. Goodell instructed league executives to look at more than 650,000 emails during the past few months, including those in which Gruden made offensive remarks. Last week, Goodell received a summary of their findings and the league sent the Raiders some of the emails written by Gruden.

In the exchanges, Gruden used his personal email account while Allen wrote from his team account. In some cases, Allen initiated the conversations and Gruden chimed in, while in other cases, they trade vulgar comments several times.

Some of the emails between Gruden and Allen also included businessmen friends, Ed Droste, the co-founder of Hooters; Jim McVay, an executive who has run the Outback Bowl, annually held in Tampa, Fla.; and Nick Reader, the founder of PDQ Restaurants, a Tampa-based fried chicken franchise. The exchanges begin as early as 2010 while Gruden was an analyst for “Monday Night Football.” In 2018, he signed a 10-year, $100 million contract to coach the Raiders.

Droste, McVay, and Reader did not respond to requests for comment.

Gruden and Allen are longtime friends and colleagues. Allen was a senior executive with the Raiders from 1995 to 2003, when he worked with Gruden, who was head coach of the team from 1998 to 2001. Gruden became head coach of the Tampa Bay Buccaneers in 2002 and beat the Raiders in the Super Bowl that season. Allen became the general manager there in 2004. Allen and Gruden both left the Buccaneers after the 2008 season. While Gruden moved on to a broadcast role with ESPN, Allen became the general manager in Washington in 2010 and later the team’s president.

Allen, who is the son of legendary N.F.L. coach George Allen, and Gruden — whose father coached at Notre Dame and whose brother, Jay, was head coach in Washington from 2014 to 2019 — are part of an exclusive network that cycles between N.F.L. teams, networks and companies affiliated with the league.

In June, the N.F.L. congratulated Nassib after he became the first active N.F.L. player to publicly declare that he is gay. Goodell said he was “proud of Carl for courageously sharing his truth today. Representation matters.”

Privately, Allen and Gruden appeared to have few boundaries in expressing homophobic and transphobic language. In one email from 2015 that includes Droste, McVay and others, Gruden crudely asked Allen to tell Bryan Glazer, whose family owns the Tampa Bay Buccaneers where Gruden coached until 2008, to perform oral sex on him. Allen said Glazer would “take you up on that offer.”

Allen and Gruden also mocked Caitlyn Jenner, who received an award from ESPN in 2015 after she transitioned.

In an email from 2015, Allen and Gruden criticized a congressional bill that aimed to force the Washington franchise to change its name, which the team stopped using last year. Again using a vulgar term, Gruden took aim at Goodell and his staff even though the commissioner had initially defended the team’s right to keep the name.

In 2017, Droste shared with the group a sexist meme of a female referee to which Gruden replied, “Nice job roger.”

That same year, Gruden was sent a link to an article about N.F.L. players calling on Goodell to support their efforts promoting racial equality and criminal justice reform. Gruden had advice for Goodell:

“He needs to hide in his concussion protocol tent,” he wrote.

Thu Oct 7 , 2021
The Dallas Cowboys, after a tough opening-night loss to the Tampa Bay Buccaneers, have ripped off four consecutive victories to get to 4-1 and take a firm hold of the NFC East after five weeks. They’ve done so with an explosive offense led by Dak Prescott that we expected to […] 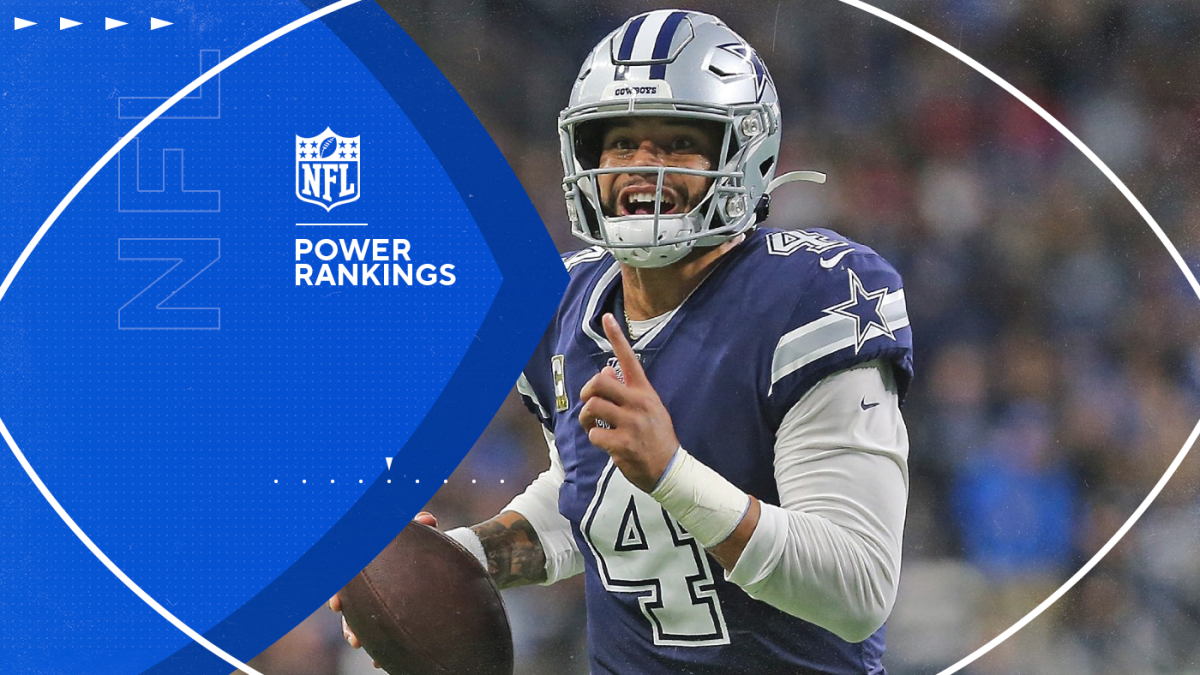