No. 3 Michigan State fell from the ranks of the unbeaten Saturday, losing 40-29 at Purdue in a result that shakes up the Big Ten title race and the College Football Playoff Rankings heading into the second release from the CFP Selection Committee. In pulling off the upset, the Boilermakers defeated an opponent ranked among the top five in the AP Top 25 for the 17th time as an unranked team, the most in FBS history.

The Spartans entered at No. 3 in the CFP Rankings and No. 5 in the AP Top 25 thanks to last week’s comeback win against Michigan, but a similar closing effort was not in the cards against a Boilermakers program that has built an identity on slaying Goliath. Saturday’s victory against Michigan State follows the October upset of then-No. 2 Iowa, which marked the second time Purdue has beaten two top-10 teams in the same season since 1984.

The template for the upsets have been the same with Purdue star wide receiver David Bell taking over as the best player on the field. Michigan State’s pass defense has not been challenged by a player of Bell’s caliber yet this season, and he delivered once again on a big stage with 11 catches for 217 yards and a touchdown against Michigan State.

Bell has gone for at least 100 receiving in 15 of his 26 career games with the Boilermakers, and his performance against the Spartans falls in line with his 240-yard showing in the upset of the Hawkeyes earlier this season.

Michigan State star running back Kenneth Walker III had a strong performance with 146 rushing yards and a touchdown on 23 carries, and the Spartans offense as a whole was able to move the ball against Purdue’s defense. It was just unsuccessful in scoring opportunities during key late-game possessions. The issue for Michigan State was the defense, which gave up 536 yards passing to Purdue quarterback Aidan O’Connell, who completed 40 of 54 attempts. The Boilermakers converted on all seven of their red zone opportunities, while one of Michigan State’s late-game efforts to cut into the lead resulted in a game-sealing interception.

Let’s look at three takeaways from the game and how the result will affect both teams going forward.

Jeff Brohm made quite a splash leading the Boilermakers to top-three finishes in the Big Ten West and bowl appearances in each of his first two seasons. That hot start included an upset of Ohio State in 2018 that added to the program’s aforementioned history of taking down top teams, but the seasons that followed were more notable for injury issues and falling short of those reset expectations. After going 5-10 against Big Ten opponents in the 2019 and 2020 season combined, Purdue is 4-2 in conference play after the win against Michigan State and 6-3 overall. That means the Boilermakers are going bowling for the first time since 2018.

The bowl appearance is significant for Brohm, but so is the opportunity now to compete for another top finish in the division and possibly a Big Ten West title. The Boilermakers have losses to Minnesota and Wisconsin but a win against Iowa, so their chances are slim but still alive thanks to this win. The issue as it comes to hanging around in the title race is the next game on the schedule: at Ohio State in Columbus, Ohio

2. Boilermakers in rarified air with upsets

Speaking of that Ohio State game coming up next for Purdue, the opportunity would allow for some additions to what’s already been a notable year for the Boilermakers. According to Matt Brown of The Athletic, there have been only four instances in the past 50 years of a team beating two top-five teams in the same season while unranked for both games. Purdue joins 2007 Illinois, which made it all the way to the Rose Bowl, a 1983 Penn State team and 1978 Missouri for that honor. Interestingly enough, as Matt noted, the 1960 Purdue team accomplished this feat 51 years ago as well.

While Michigan State is reeling from giving up more than 500 passing yards on Saturday, the Spartans can bounce back with wins that would push them back into the playoff picture. Last week’s win against Michigan is one of the better wins in the eyes of the committee, and there is still another huge opportunity ahead against Ohio State. Beating Ohio State would move the Spartans into first place in the Big Ten East with key head-to-head wins against the other contenders, and considering Saturday’s loss, winning the conference is the best path to return to College Football Playoff contention.

The biggest problem is that Purdue exposed a weakness in the Michigan State pass defense that Michigan was not able to exploit, and the Ohio State offense is built to pick apart opponents with the aerial attack. The Buckeyes may not have Bell, but the combination of all of their wide receivers will give C.J. Stroud a chance to have a similarly explosive day when they meet on Nov. 20 if Michigan State cannot correct the issues on display in West Lafayette, Indiana.

FaZe Clan Announces SPAC Merger, Getting to be The 1st Esports Enterprise To Hit $1 Billion Valuation

Sat Nov 13 , 2021
FaZe Clan’s SPAC offer will value the firm at $1 billion, a sizable obtain from Forbes’ estimate of $305 million in 2020. FaZe Clan Esports and enjoyment corporation FaZe Clan announced plans now to turn out to be publicly traded via a SPAC deal with B. Riley Principal 150 Merger […] 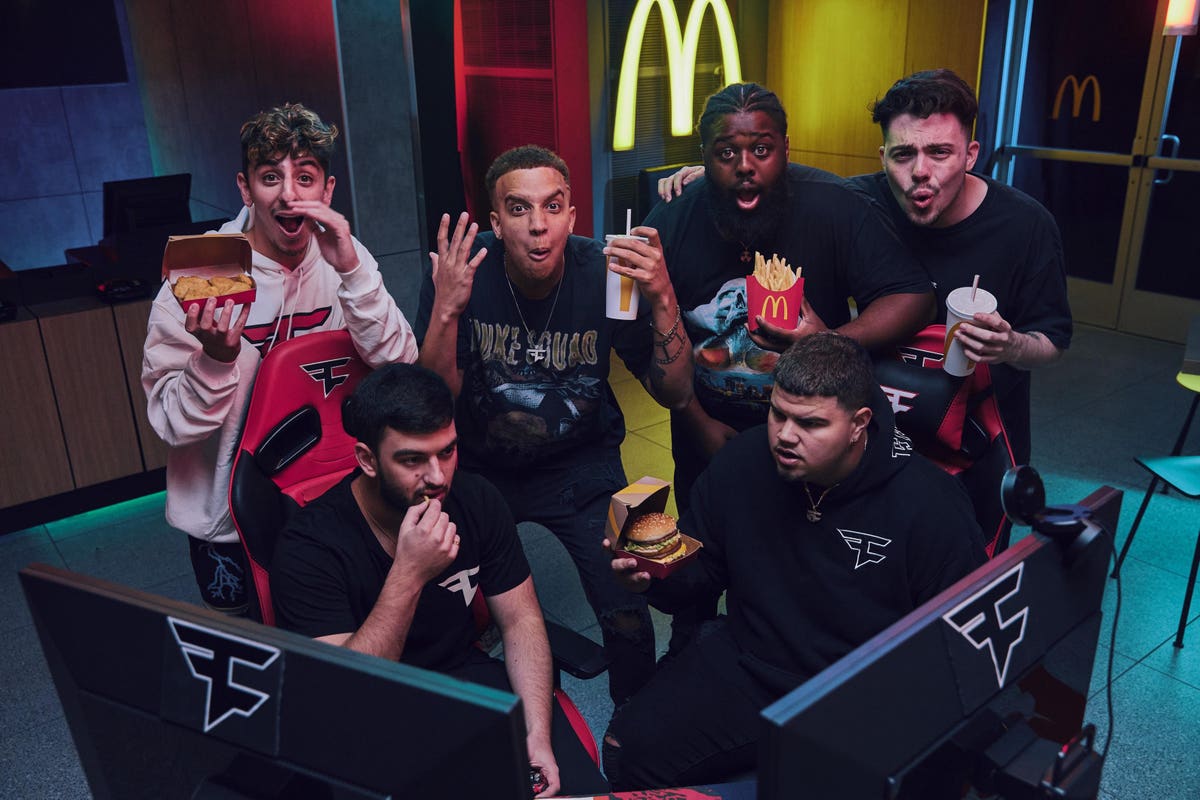