Doug Knuth’s nine-year tenure at Nevada has come to an end, with the university parting ways with its athletic director on the nine-year anniversary of his first day on the job.

The school announced Wednesday afternoon it was “moving in new direction with intercollegiate athletics” and hiring a new athletic director despite Knuth having 14 months remaining on his contract that runs through June 30, 2023 and pays him $400,000 annually. The move was first reported by ESPN’s Pete Thamel and confirmed by Nevada Sports Net. Bill Johnson, UNR’s vice president for advancement, will serve as acting athletic director starting May 1. A former college basketball player at the University of Nebraska, Johnson has extensive intercollegiate athletic administration and coaching experience. The university will begin a national search for a new athletic director immediately.

“I wish to thank Doug Knuth for the many positive steps he made as our athletic director for the past 10 years,” UNR president Brian Sandoval said in a news release. “Wolf Pack athletics is embraced by our community. Doug’s leadership was instrumental in achieving many program milestones.”

Knuth was the Mountain West’s second-longest-tenured athletic director, serving in that role since April 2013 (only Wyoming’s Tom Burman had been longer tenured). Knuth is one of just four Wolf Pack ADs since 1969, a group that has included Dick Trachok (1969-86), Chris Ault (1986-2004) and Cary Groth (2004-13). Before coming to Nevada, Knuth was a tennis player at Connecticut before starting his career in athletics administration and fundraising at his alma mater. He also spent time at the University of Massachusetts, Ohio University, Michigan State and Utah, where he was a senior associate athletic director from 2005-13 before being hired by Nevada.

The Wolf Pack has won eight MW championships in Knuth’s nine-year tenure, including four in men’s basketball, three in baseball and one in women’s swimming and diving. Nevada men’s tennis also is one win away from capturing a conference title, which it can achieve Saturday with a win over San Diego State. All of the Wolf Pack’s MW titles have come under coaches Knuth hired. He was picked as Nevada athletic director over finalists John W. Johnson and Tim Leonard in 2013. Knuth received a three-year extension in 2016 and a five-year extension in 2018.

“It has been nine years of great memories,” Knuth said in a text to NSN. “I love the community and the university, but it is time for a new chapter in my career. I wish my Wolf Pack coaches, colleagues and friends all the very best.”

Knuth largely had a positive track record for hiring at Nevada, most notably the addition of Eric Musselman in 2016. After a nine-win season the year before he was hired, Musselman won 24-plus games in all four of his seasons with the Wolf Pack, which included four MW titles, three NCAA Tournament berths, a Sweet 16 run and a No. 5 ranking in the nation during his final season before leaving for Arkansas. Knuth also hired Jay Johnson and T.J. Bruce in baseball; Neil Harper and Brendon Bray in swimming; and Jay Norvell in football, each having above-average success. Three of the coaches Knuth hired at Nevada moved on to Power 5 jobs, including Johnson (Arizona and then LSU), Musselman (Arkansas) and Harper (Arkansas).

Norvell left Nevada for Colorado State last December, becoming the first sitting MW football coach to move within conference. When making the move, Norvell said it was not a lateral shift because of the Rams’ superior leadership and commitment to athletics. A lack of funds and MW-level facilities has been a constant complaint for Nevada coaches over the last decade, although the Wolf Pack did make several facility improvements during Knuth’s tenure, including more than $19 million in renovations to Mackay Stadium; the on-campus McArthur Tennis Center, which opened in 2016; a men’s and women’s basketball practice facility; an indoor golf facility at Somersett Country Club; renovations at Peccole Park, including a new playing surface; $5 million in investments to Nevada football, which are expected to start this summer; and the recently announced $8 million locker rooms/players lounges for the Nevada men’s and women’s basketball programs.

During Knuth’s tenure, the Wolf Pack has struggled with Title IX compliance issues and largely struggled in women’s sports, securing just one MW conference championship among its nine female programs. Nevada’s eight MW titles since from 2013-21 rank eighth out of 11 schools in the conference (SDSU leads with 31 followed by New Mexico with 30). Knuth’s decision to hire Steve Alford to replace Musselman and give him a 10-year, $11.6 million fully guaranteed contract — twice the amount of any other coach in program history — also has not paid dividends, with Nevada going 13-18 this past season, Alford’s third on the job. The Wolf Pack also has had a constant churn of staff the last few years.

Knuth’s final coaching hire at Nevada was picking Ken Wilson to replace Norvell. Wilson worked for the Wolf Pack from 1989-2012 in a variety of roles, including administration. Knuth is widely respected in athletic administration circles and is a sitting member of the Division I council and D-I competition oversight committee, with both terms running through June 2024. He also serves on the inaugural Lead1 diversity fellowship program oversight committee.

The Wolf Pack struggled to stay in the black financially late in Knuth’s tenure, although that issue predated his tenure as Nevada gets relatively little financial support from the state/university compared to other MW schools. The Wolf Pack has had a fiscal year deficit in four of the last five seasons, although two were impacted by COVID-19. Under Knuth, Nevada ran surpluses in FY2015 and FY2016 before a $2 million deficit in FY2017 and a $900,000 deficit in FY2018. It bounced back with a $216,678 surplus in FY2019 before a $2 million loss in FY2020 and a $10 million COVID-19-induced loss in FY2021, which was covered by the university. Athletics still owes the university roughly $5.9 million in accrued debt even after the president’s office took over $8.25 million of historic debt/deferral in fiscal year 2019. It also has major debt tied to the Mackay Stadium renovation after a 15-year bond was used to pay for the initial $11.5 million renovation that broke ground in 2015.

The next Wolf Pack athletic director will be tasked with balancing that budget and improving Nevada’s athletic facilities, which are getting an infusion of cash this summer as part of a capital campaign to mark the Wolf Pack’s 10 seasons in the MW. The next AD must also improving Nevada’s fundraising efforts and secure money for an indoor all-sport practice facility, something the Wolf Pack has tried to attain the last 20 years with little success.

One potential replacement could be Brian Barrio, a former Wolf Pack employee who has been the athletic director at University of Maryland, Baltimore County (UMBC) since January 2020. Barrio was the AD at Central Connecticut State University prior to that and also has worked for Pepperdine, USC and the America East Conference. Barrio worked at Nevada from 2015-18 as a senior associate athletics director, serving as the sport administrator for the football, men’s golf and volleyball teams.

The Wolf Pack’s interim AD, Johnson, was hired by UNR last August. He holds a master’s degree in education administration/athletic administration and has more than 31 years of experience in higher education, including 14 years of experience in intercollegiate athletics. He has served in roles in intercollegiate athletic administration, development and coaching in the Big 12, Big East, West Coast Conference and Ivy League. No exact timeline has been provided for when Nevada would like to have a full-time athletic director hired.

Thu Apr 21 , 2022
Happy Monday, everyone! It was a great weekend in baseball unless you’re a Los Angeles Angels fan because then it was bittersweet. Yeah, your Angels won three in a row but you also got a scare you had no interest in putting yourself through on Easter Sunday when Mike Trout […] 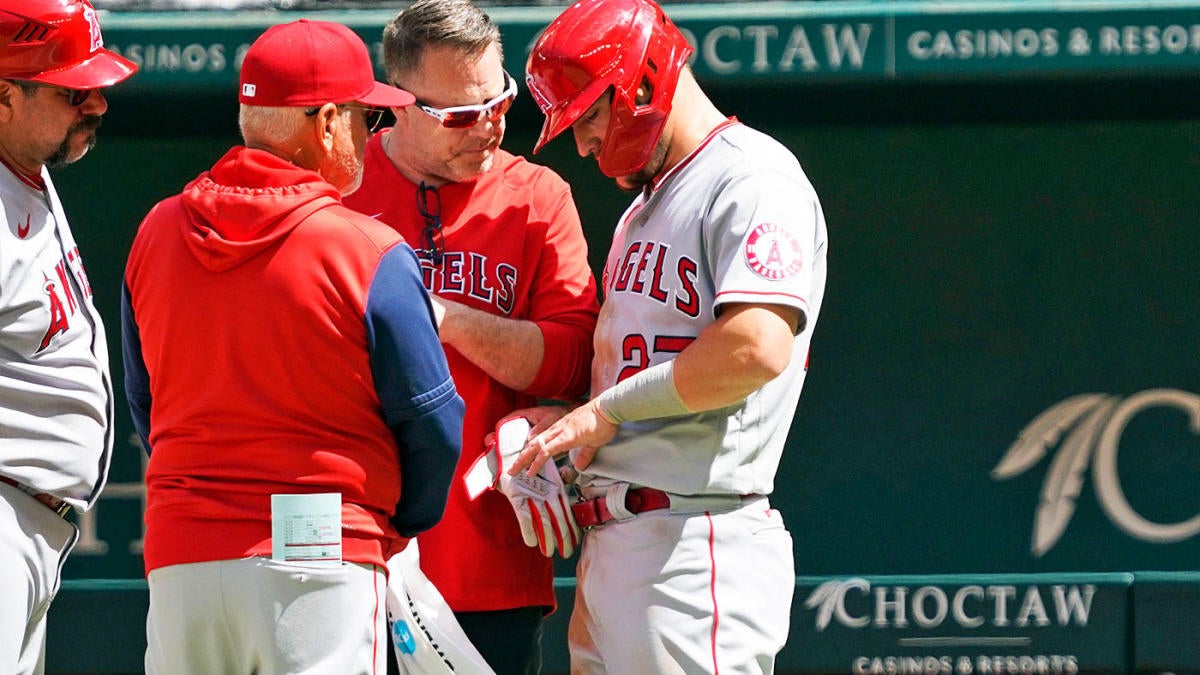