LeBron James is making a massive, massive mistake. One that I don’t think he understands.

Over the All-Star Weekend, LeBron did what he always does: sent out a whole bunch of signals about how he feels about his current team and what the consequences could be for his future if he doesn’t get what he wants, whatever he wants, at that moment.

This kind of thing usually works. After realizing the power of his words and actions, largely by misusing them that first year in Miami, LeBron has become a master of playing the Leverage Game.

What’s followed is a career, and several NBA organizations, shaped by LeBron’s paradoxical NBA reality: He often forces his decisions on GMs and coaches who must abide. Those decisions are often ill-advised. But LeBron is also so talented it all, mostly, works out anyway.

He has been over his career the problem and the solution — the world’s best player and one of its least-impressive (shadow) GMs.

Take this season: There was no way Lakers GM Rob Pelinka would’ve acquired Russell Westbrook without LeBron’s permission. But with the Westbrook move not working out, what is LeBron’s answer?

To telegraph his displeasure about Pelinka — and, in doing so, open an entire cottage industry of commentary and speculation about the Lakers-LeBron relationship and its future together. This is not accidental. It’s also getting very close to being not effective.

At the All-Star Game, when LeBron was asked about Thunder rookie Josh Giddey, he nonsensically praised a Pelinka rival, Oklahoma City’s GM Sam Presti: “The MVP over there is Sam Presti. He the MVP. Josh Giddey is great. Sam Presti, I don’t understand, his eye for talent. He drafted K.D., Russ, Jeff Green, Serge Ibaka, Reggie Jackson, Josh Giddey and the list goes on and on and on. This guy is pretty damn good.”

And that, of course, came after a Bleacher Report report that Rich Paul, LeBron’s agent and close friend, and Klutch Sports have had a falling out with Pelinka over a Westbrook-for-John-Wall trade that did not happen at the deadline.

Translation: Time to start the leaking process to be sure, whatever comes next, it’s Pelinka who’s to blame for the Westbrook disaster LeBron and Anthony Davis pushed.

LeBron also strategically lavished praise on Cavaliers GM Koby Altman about how amazing the Cavaliers are, and what they’ve built, post-LeBron. But Altman was the GM when LeBron left Cleveland for L.A., when LeBron wasn’t exactly an Altman Fan Club member.

By publicly celebrating Presti and Altman, LeBron reminded the world he could go back to Cleveland — or, the implication is clear, anywhere else.

He’s also made it explicitly clear that he expects to play with his son, Bronny James, an impressive player who’s not currently projected to be a lottery pick the first year he’s eligible for the NBA Draft. Nevertheless, LeBron is boldly reminding the NBA that LeBron James controls his own destiny, and to get him to play in the years ahead, you might want to get his son, too.

“My last year will be played with my son,” LeBron told The Athletic’s Jason Lloyd. “Wherever Bronny is at, that’s where I’ll be. I would do whatever it takes to play with my son for one year. It’s not about the money at that point.”

The audacity of this ask probably seems doable to LeBron, and why not. He’s shaped every team around him because of what he has always been able to control on the court.

He’s averaging 29.1 points per game, the most since before he left Cleveland for Miami a decade ago. His 7.9 rebounds and 6.5 assists continue to showcase his multifaceted on-court excellence. He’s currently 9/4 to win the scoring title this year, another testament to his value.

He’s never taken responsibility for his meddling or mistakes, and his on-court ability to defy a lesser roster — even one he foisted on handcuffed GMs — and overshadow such realities has waned, if not disappeared altogether.

The Lakers are 27-31, good for ninth in the Western Conference, and there is little in them to believe that is likely to change after this All-Star break.

Which brings us to LeBron’s colossal error in judgment.

LeBron James still believes time is on his side. It is not. He still believes he is an NBA version of Michael Corleone, pulling those strings so others do not pull his. But in sports, Father Time has a way of turning puppet masters into puppets themselves. LeBron, whose need to pass Jordan as the GOAT is as deeply held as his plan to play with his son in the NBA, thinks he can do both. That is highly unlikely.

LeBron needs more championships, and he is not likely to get anymore as a Los Angeles Laker.

That means he’ll have one more year — 2023, before Bronny’s possible 2024 NBA arrival — to use whatever leverage remains to position himself for a future and NBA-career home stretch that’s more Tim Duncan than Kobe Bryant.

LeBron can either be the man — pull the strings — or he can accept that his final act in the NBA, as a good but not dominating player, will require the thing he’s turned from since leaving Miami: Help.

Help from a general manager who knows how to do his job, especially, on a LeBron James team, with perhaps the most important word you must summon when confronting what your star wants: “No.”

Help from stars who can stay healthy (not Anthony Davis), help from big-time players who are able to contribute even if they are not LeBron’s best friends (hello, Melo), help from an organization that can allow an aging LeBron James to be a key piece on a contender once he’s no longer able to be the best player on such a team.

Help, first and foremost, from a roster that is a nightmare combo of all these things: This Lakers roster. The one LeBron wanted. The one, now, he’s looking to blame someone else for.

That day of reckoning, when GMs see LeBron’s power moves as simply not worth the trouble, is likely coming sooner than most think. Kareem Abdul-Jabbar’s game took a serious hit when he turned 39, the same age LeBron James will be approaching when his current deal with the Lakers ends in 2023.

But unlike LeBron, Kareem’s Lakers team was so insanely good that he didn’t have to be superhuman in every game. Kareem could take his foot off the pedal in a significant way, using the model Tim Duncan was able to use: Not play a ton of minutes, but step in during the postseason and other situations.

Whenever it comes, LeBron’s expiration date will impact everything that happens going forward. Several things could be true at once. LeBron’s on-court powers could be waning. His tendency to saddle teams with bad contracts — and GMs with the blame for when LeBron’s Westbrook-like plans backfire — may no longer be worth the price you once had to pay to get him. The resentment of those days could linger in places LeBron suddenly wants to be. And the timing — his need to sign a contract before time and his own heavy-handedness catches up with him — may not line up with Bronny’s entry into the league.

LeBron James, the last week, has been throwing around his weight, taking his shots and dropping his hints like he’s always done. Because he’s always been LeBron James. But when that version of himself starts to lessen, so, too, will the tolerance and effectiveness of LeBron The Great Puppet Master.

These latest moves are about power, the kind LeBron has wielded for a very long time because of his Jordan-level greatness.

Time to learn a lesson from Jordan, Kobe, Duncan and Kareem: Endings come for all men. And the wisdom to navigate them properly — and differently than in one’s heyday — can be the difference between final years defined by failure or final success.

Fri Mar 4 , 2022
Global Women’s Day characteristic Fitness culture is not something ladies were being welcomed into until the early 20th Century. The Roaring Twenties introduced in a slew of women with no-nonsense attitudes and a aim to unite the sexes in conditions of gender norms. This would suggest that no woman would […] 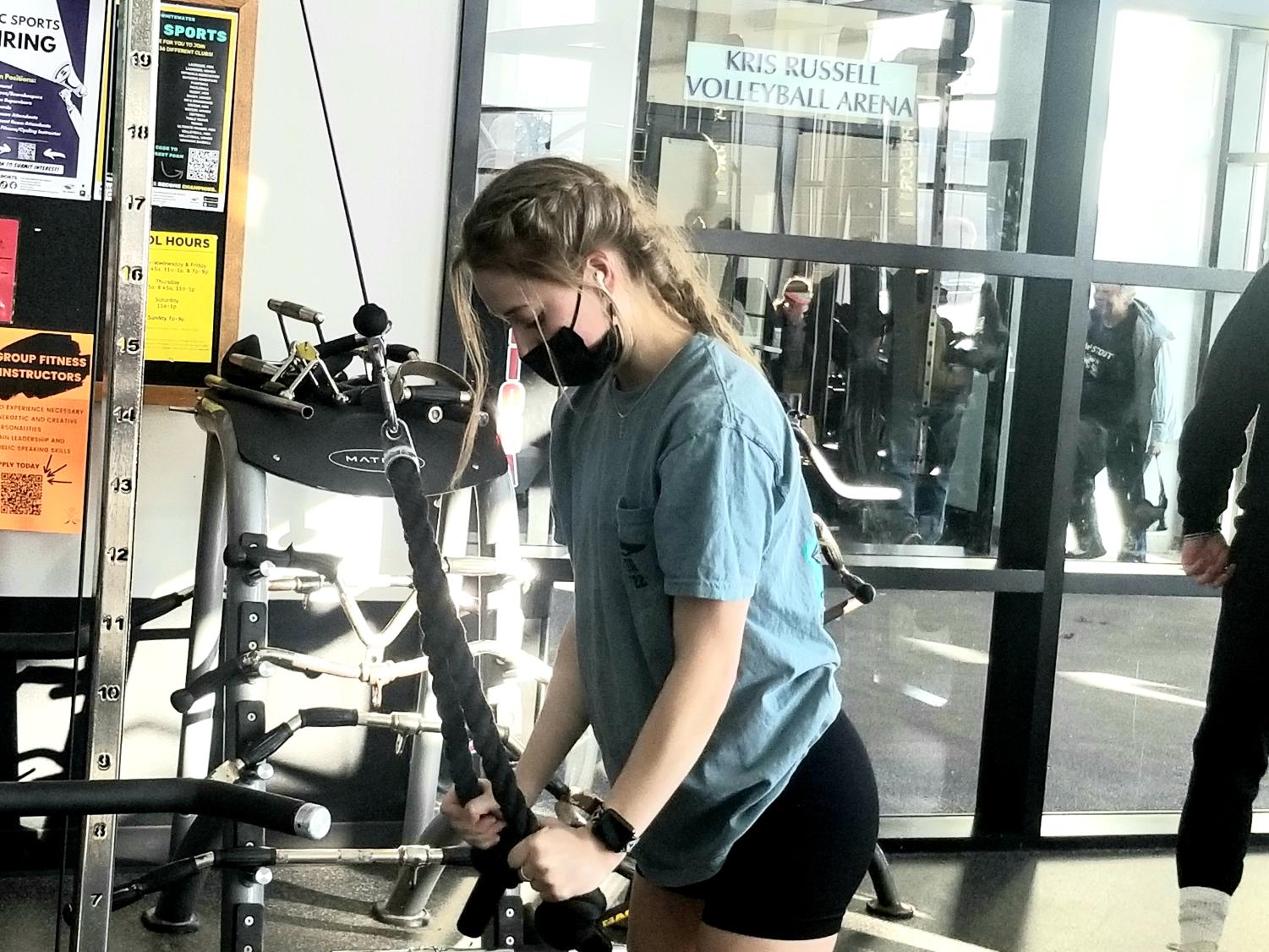