It seems even going to the gym won’t stop women from being dress-coded for their choice of attire.

In a TikTok video, Kerry Schwartz explained that she’d been approached by the manager of an all-woman gym while working out only to be shamed for her choice of attire.

Schwartz was left feeling “uncomfortable” after being told her gym outfit was distracting others around her.

In her video, Schwartz said that she’d struggled with “body dysmorphia” and “feeling comfortable in gyms” throughout her entire life.

“When I found a gym that I felt comfortable in, and that I really enjoyed, it changed my life,” Schwartz said.

She then opened the floor for advice from viewers after something disappointing happened to her at the all-woman gym she’d been going to for some time.

“They actually said something to me that made me feel so uncomfortable that I never want to go back there again,” she added.

Schwartz then showed a photo of what she’d been wearing while working out, which was a standard white sports bra, yellow leggings, and sneakers.

Her attire attracted the attention of the owner of the gym, who walked over to Schwartz to make a comment about her gym clothes that were branded “offensive.”

“This is also a very private-owned fitness center, it’s all women, and I really liked that,” she revealed. “So, the owner comes up to me and they say ‘Hey, listen, we gotta have a quick chat.'”

Schwartz admitted that she could “sense something was wrong” about the owner’s tone after noticing how “uncomfortable” the conversation had become.

The owner then told her they needed to have a conversation about her “dress code.”

“They said, ‘I’m really sorry we have to have this conversation but apparently you’re making a few women feel uncomfortable with the leggings that you’re wearing,’” Schwartz recalled of the conversation.

RELATED: School Wouldn’t Let 7-Year-Old Eat Lunch Because Her Straps Were ‘Inappropriate’ — Mom Says She Can Wear What She Wants

Schwartz said she was initially “confused” about the remark since her outfit wasn’t provocative.

After hearing that, Schwartz didn’t quite understand the issue.

“My initial reaction is confusion and shock, and then it was embarrassment,” she continued. “I almost felt shamed, even though I shouldn’t.”

Schwartz then asked the owner how exactly she was making the other women in the gym “uncomfortable” just because of the leggings she had on.

She claimed that the gym was supposed to be a “safe space” and somewhere women can go so they don’t experience the usual “judgment” from attending co-ed gyms and being surrounded by men.

“I wasn’t wearing anything that was inappropriate,” she pointed out.

The owner of the gym replied, “Yeah, I don’t know. A few women, more than one, came up to me and said that the leggings you wear are distracting and also offensive.”

RELATED: Woman’s Husband Throws Water On Her To Make Her Change ‘Revealing’ Dress She Bought For A Wedding

The answer only left Schwartz even more confused, who added that she’d understand the “offensive” remark if she “was walking around in a thong” and not regular leggings.

Schwartz also acknowledged that her “assets do maybe stand out more” in the leggings, but that it is not an excuse for her to be shamed.

“I don’t think there is anything wrong with this. Why am I being shamed? Especially for a women’s gym,” she concluded.

Schwartz’s video brought comments of support from other users, who agreed that she wasn’t wearing a “distracting” outfit.

“Gym owner here. Nothing wrong with what you’re wearing. The only thing that’s wrong is their insecurities,” one user wrote.

Another user added, “You look awesome! Don’t let other people put you down like that. You’re gorgeous and they’re just jealous! Keep going, and dress the way you like!”

“I have been in [the] gym for 25 years and NEVER have I experienced this. The issue stated is all around people’s feelings!” a third user chimed in.

RELATED: Woman Ask If She Was Wrong For Calling Her Dad ‘Creepy’ After He Commented On Her ‘Revealing’ Running Clothes

Nia Tipton is a writer living in Brooklyn. She covers pop culture, social justice issues, and trending topics. Keep up with her on Instagram and Twitter.

League of Legends Worlds: How Faker continues to be esports’ ‘Michael Jordan’

Mon Nov 21 , 2022
SAN FRANCISCO — If he sticks around much longer, the face of esports might actually have a wrinkle. Can a gray hair be too far behind? Lee Sang-hyeok, better known as Faker, was dominant at 17, when he was on his way to becoming the first true global star of […] 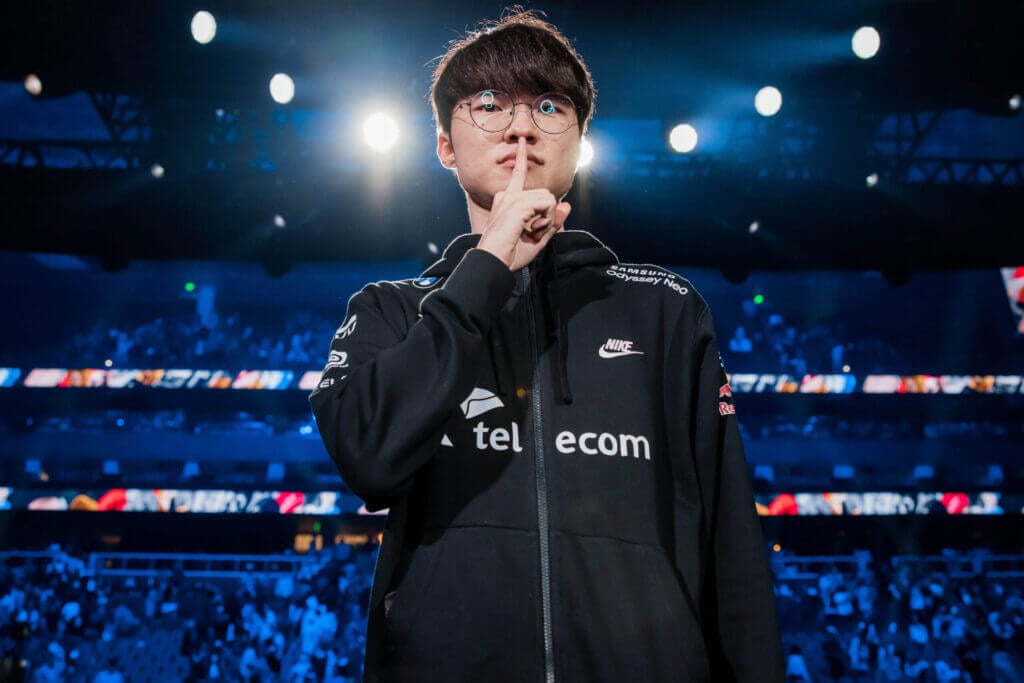